For the first time, a Norwegian ambassador to Argentina, Lars Vaagen, decides not to advance the hospitalization costs for cancer treatments, which are later reimbursed by Helfo (Norwegian national health agency), to a Norwegian citizen with terminal cancer.

This practice of advancing medical expenses for Norwegian citizens who are members of Folketrygden (Norwegian social security system) took place in that embassy for more than 30 years. 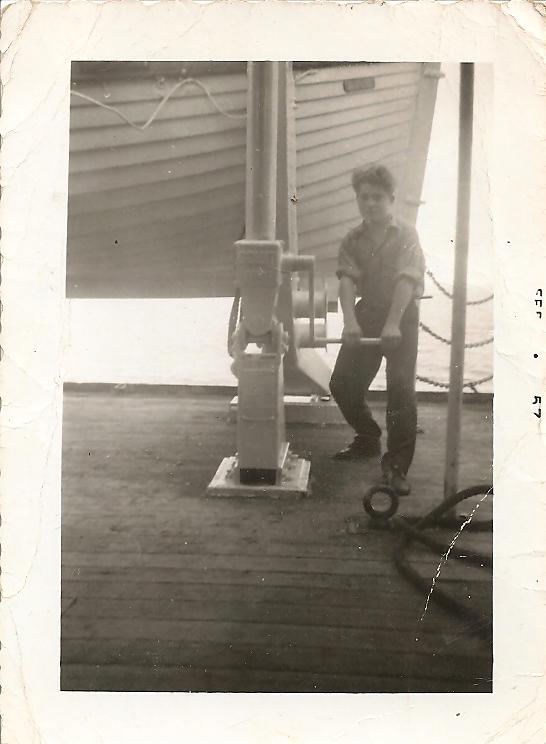 My dad, Arne Benjaminsen, is from Øksnes, Norway. He worked as a sailor on Norwegian ships around the world and has been based in Argentina for many years.

From the moment he was based in Argentina, as a member of Folketrygden, his medical expenses were paid by the Norwegian embassy, and later reimbursed to the embassy by Helfo. Members of Folketrygden abroad have the right to have their medical expenses covered by Helfo. For example, they can go to the doctor or buy a medicine and after that send a form to Helfo to request a refund. Since medical expenses can be very costly, sometimes it can be impossible for a person to pay and get a treatment, even if they know that they will eventually get it refunded by Helfo. This is true in particular for hospitalizations or cancer treatments, which can be very expensive. Because of this, historically, the Norwegian embassy in Argentina had an agreement with a hospital in Buenos Aires, Hospital Alemán. That way, members of Folketrygden could get treated there, and the embassy took care of asking Helfo for the refund later.

In August 2020, Norwegian consul in Argentina Mona Budal sent an email expressing that, because of the pandemic, the embassy was working with fewer people and working from home, so they decided to cancel services that the embassy didn’t consider essential.

The Norwegian embassy in Argentina doesn’t consider the health of Norwegian citizens during a pandemic an essential task. In that email, Mona Budal said that they were stopping their agreement with Hospital Alemán from that moment (in the middle of the argentine winter, where COVID-19 cases were skyrocketing in that country). From that day, the embassy decided that the only thing Norwegians had covered at that hospital were hospitalizations, because, according to her, “we understand that it can be difficult to afford the high expense even though it is later reimbursed”.

My dad was hospitalized with COVID-19. While he was in the ICU, on December 14th,2020 the consul sent a new email. This time saying that they would stop covering medical expenses, including hospitalizations. Ten days later, on December 24th,2020 upon understanding the seriousness of the situation, the consul sent another email expressing that she was going to extend the practice of advancing medical costs with Helfo, and that “we will keep you informed about until when this exception will be valid”.

As my father is not under the agreement the embassy has with the hospital, he is treated there as a non-insured patient. Paying a hospitalization there as a private or non-insured patient costs around 6 million Argentine pesos (around 600,000 Norwegian Krones) per month. To embassies, the hospital charges them half of that. After paying a minimum deposit of 100.000 Argentine pesos (around 10.000 Norwegian Krones), my dad was admitted to the hospital.

It is important to clarify that the hospital, having an agreement for so many years with the embassy, charges them medical costs at a much lower cost than to a non-insured or private patient. Therefore, the cost for Helfo, which is where the money comes from at the end of the day, is much higher if patients are treated as non-insured patients than if they are treated through the embassy. Ambassador Lars Vaagen’s decision of leaving Norwegians under medical treatment without health coverage overnight means an unnecessary increase in Norwegian’s taxpayer spending.

My father has no other alternative. At the moment public hospitals are collapsed with COVID-19 patients. Also, it’s impossible to hire a prepaid medicine service. In Argentina, none of them will enroll elderly patients with pre-existing conditions and recent hospitalizations.

Although we know that Helfo would fully reimburse the expenses related to hospitalizations and cancer, my family does not have the money requested by the hospital, so my father could not continue to be treated there if the embassy does not honor the email they sent on December 24.

Since his medical expenses were covered by the embassy for so many years, a justified expectation of direct medical coverage was generated. It’s an acquired right that cannot be eliminated without due notice, much less amid a pandemic and with a diagnosis of terminal cancer. In particular, the embassy had pledged in writing to advance the expenses related to his cancer treatment, due to the seriousness of his condition, but later they did not honor it.

The Norwegian Ministry of Foreign Affairs (MFA), which can exercise authority over the embassy to comply with its written commitment, did nothing to help us. Guro Markussen Løvaas, subdirector at MFA, ignored the request for help to assist my father, supporting what was decided by Ambassador Lars Vaagen. She said that, according to the law, Norwegian citizens must pay first and then request reimbursement from Helfo, ignoring the full picture of the situation. Plus, the law is not equal for everyone. Silvia Faist, who is in charge of relationships with embassies at Hospital Alemán, reported that Ambassador Lars Vaagen appoints which Norwegians are covered at that hospital by the embassy and which Norwegians don’t. For example, officials with salaries of around 80.000 Norwegian krones per month can be treated there without having to pay upfront their expenses. The same officials who expect for retirees with a basic salary to pay all their expenses in full, without considering the circumstances of the case.

Due to the embassy decision, which was not relayed to us beforehand, the hospital would soon leave my father on the street, which would precipitate a fatal outcome, rather than letting him die in dignity in a hospital with the proper palliative care that he needs. It’s a very unfair situation, considering that he worked very hard on Norwegian ships around the world for many years. Now that he needs medical help, officials from his own country turn their back on him, depriving him of the assistance that he was a need and a right to receive.

Faced with an imminent fatal outcome, if the situation does not change, legal actions will be initiated against the parties involved in the abandonment of a person. 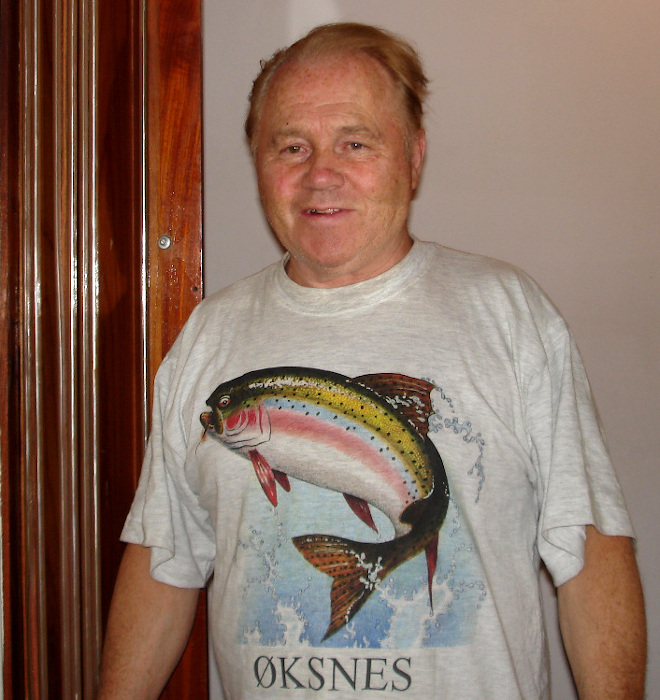 These events have been emotionally taxing on my family. My father is only one of many Norwegians who are struggling to receive aid from a system that is changing for the worst. If this can happen to my father, it can happen to anyone. As a son, it is my duty to make sure the father who gave me the best chance in life has his chance to spend his last days in peace and comfort. As humans, it is our collective duty to make sure our elders are not suffering in bankruptcy during their final days. That is why I am asking you to join hands with me by signing this petition. You can help my family send a message to Ambassador Lars Vaagen that this gross negligence is not okay!